Fairfield has been described as architecturally the finest shipyard building in Britain. Designed by renowned architects Honeyman and Keppie and completed in 1891, it is unquestionably the finest in Scotland and has iconic significance not just for Govan but for Glasgow and Scotland’s maritime heritage. The offices were constructed when Fairfield was the greatest and most successful shipyard in the world and designed to flaunt its prestige and rival in quality and style the finest merchant buildings of late 19th century Glasgow.

The ground floor with its rich panelling and ornate features, where shipyard management and accounting staff were housed, is entered through a magnificent hallway. A grand staircase leads to stylish loft offices on the upper floor where an abundance of overhead glazed rooflights were designed to provide natural light for draughtsmen to work at ease on their drawing boards. The floor divides neatly in two, with the ship drawing office to the east of the stairs and engine drawing office to the west. The building was A-Listed in 1970. 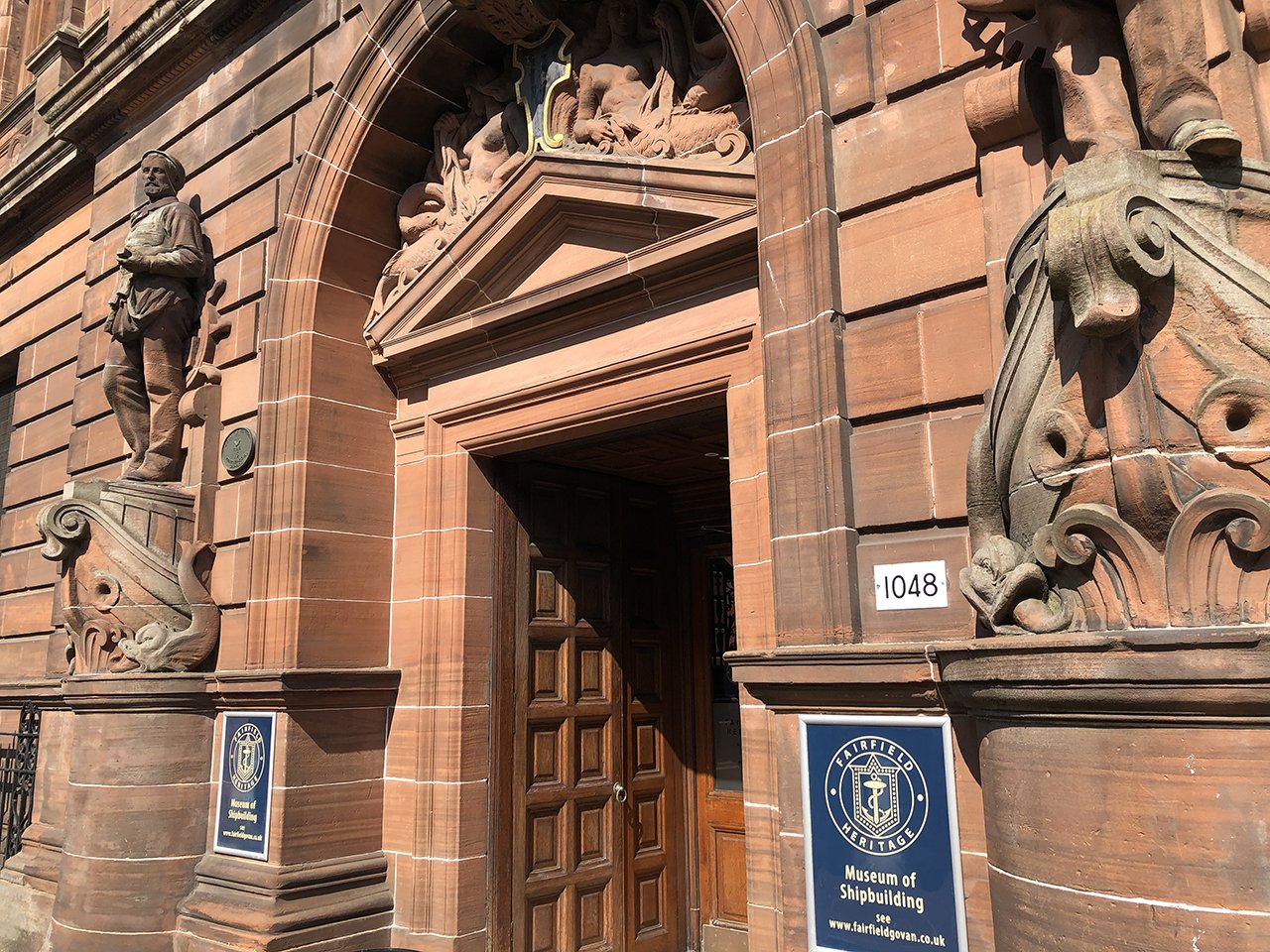 Govan’s special place in history is that at a time when ships provided the sole means of overseas transport and communication it was for half a century the elite centre of global shipbuilding, producing the largest, fastest and most beautiful vessels of the era.

Shipbuilding continues on the Clyde in the present era and at Govan where operator BAE Systems took over the yard in 1999 and currently enjoys a healthy order book. However, in 2001 BAE decided it no longer had any use for the office building which was already showing signs of serious deterioration from lack of maintenance in previous years. The property then lay boarded up until 2009 when it was sold to Govan Workspace Ltd. The social enterprise raised £5.8 million from a variety of public and private sources to restore and re-purpose the building which it re-opened in 2014 as a flagship project and symbol of Govan’s regeneration. 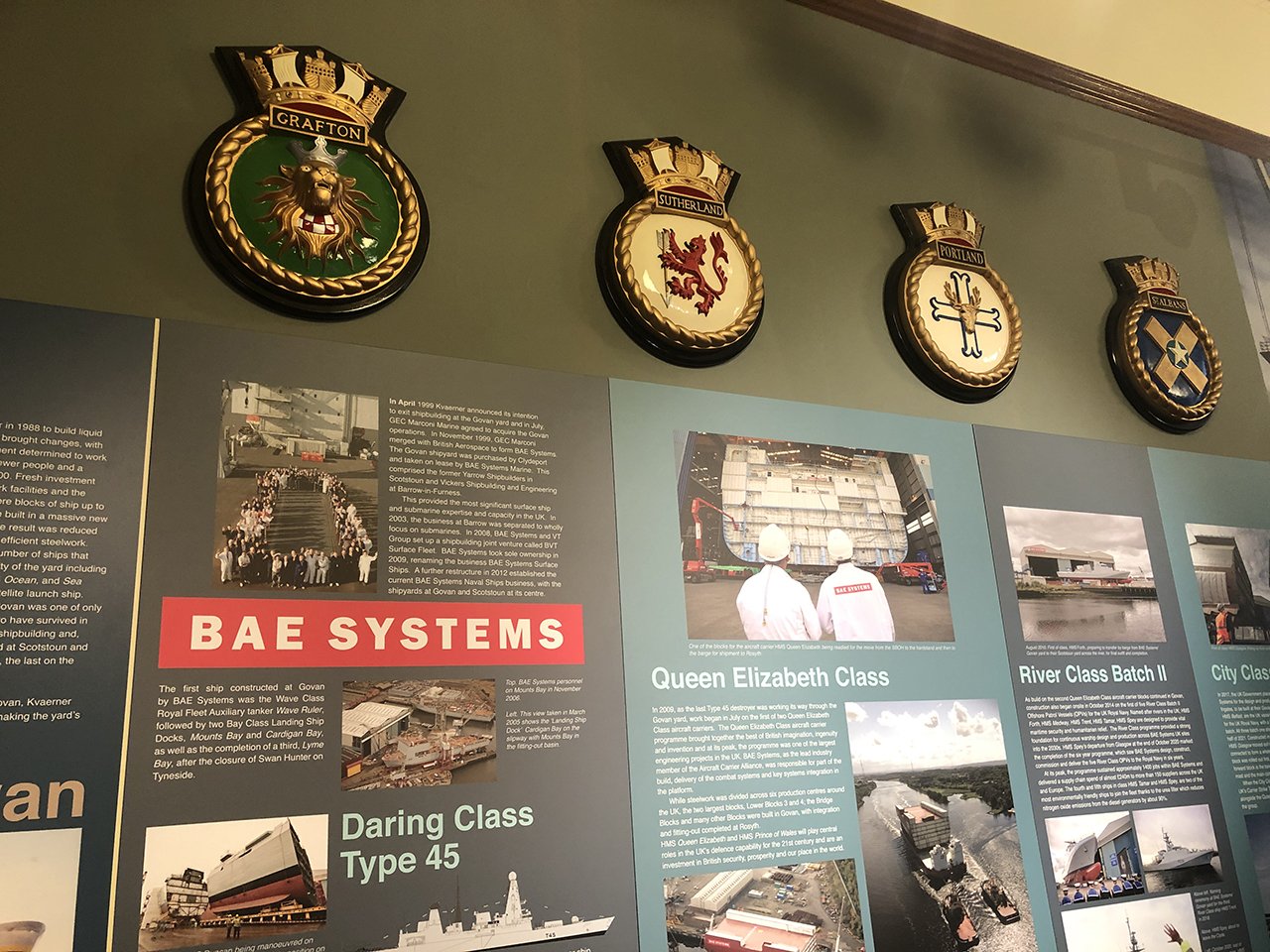 For more information on space to hire, please contact Govan Workspace on 0141 445 2340 or mail@govanworkspace.co.uk.

The shipbuilding story begins in 1834 in Tradeston before moving to Govan in 1860 and then to the Fairfield site in 1864 where it continues today. The history is told via illustrated wall panels and AV displays throughout the five rooms of the Heritage Centre, four of which still retain all the original features of the 1890 building. It is brought to life by artefacts, donated objects and memorabilia and by a fine selection of ship models.

A special feature in the former Managing Director’s office is a state of the art animated display, funded by Sir Alex Ferguson, developed by Glasgow School of Art and narrated by Scottish film actor and director, David Hayman, which in digital graphic format tells the story of the yard’s earliest development on the site of the acquired Fairfield farm in 1864 to become the late 19th century powerhouse of the world and finally the high-tech centre of manufacturing excellence operated by BAE Systems today.

Uniquely, the museum is developing a social history archive based on contributions from former shipyard workers and members of the public, which is maintained by volunteers.